Leaving CDProjekt RED, a first step in the dark – Part 2 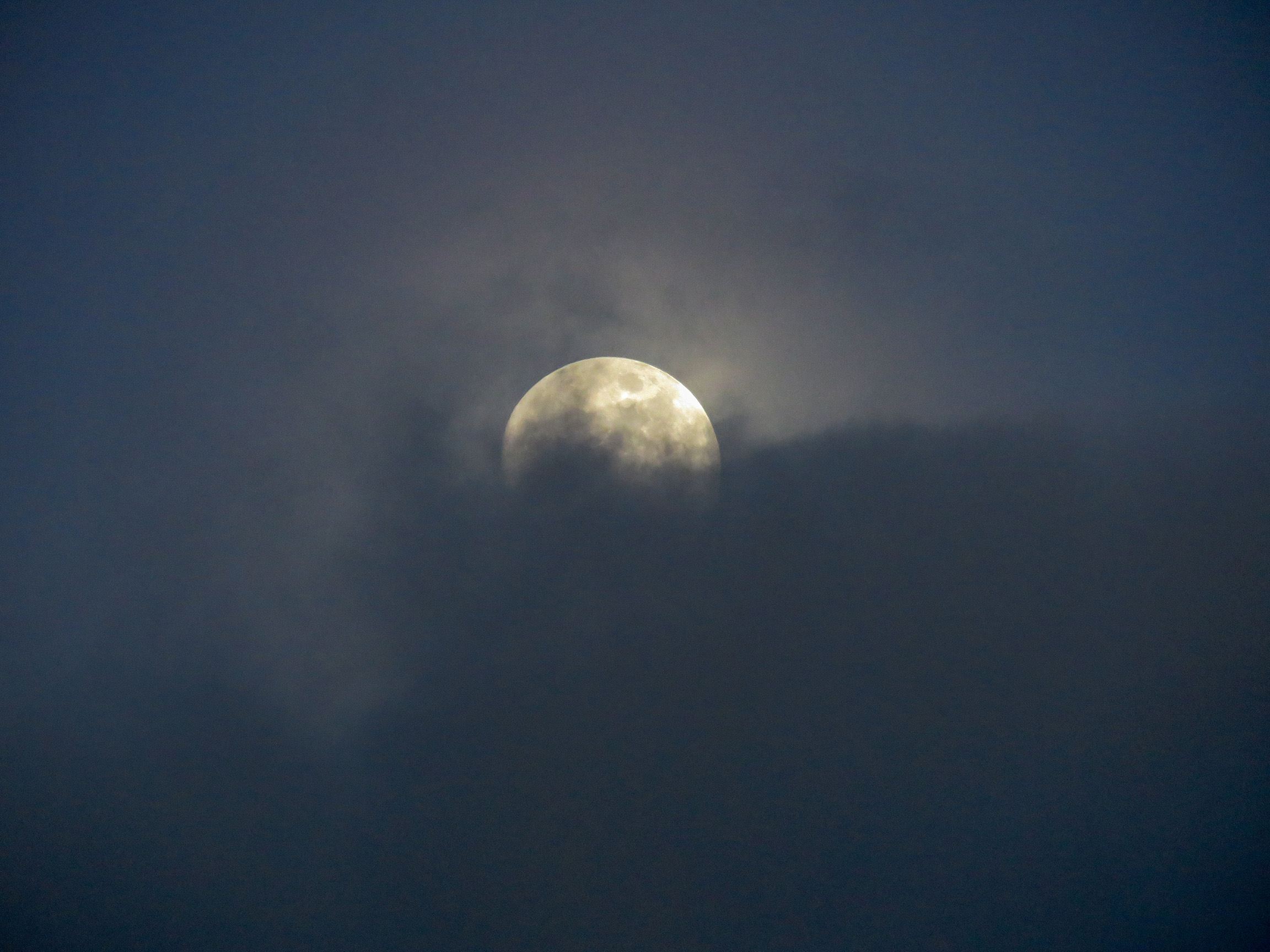 I gave 3 years of my life to CDProjekt RED. And if I could go back in time, strangely, I would do it again.

The development of The Witcher 3 was marked by some serious crunch (long period of overtime). This means that many weekends were spent at the office. The rest of the time, too tired, I wouldn’t do anything else than resting.

If you add to this that all my friends were coworkers, it’s not exaggerated to say that for my first 3 years in Poland, my life was CDProjekt RED.

In case you decide to not read this story to the end, I want to make sure one thing gets through:

CDProjekt has come a long way since I joined in.

After the release of TW3, conditions drastically improved. I do believe that CDProjekt is now a great company to work for, in terms of work condition, salaries, and projects. You would probably have a hard time finding a better workplace if you are passionate about game development.

This specific part of the story regards the “lows” but will be followed by a much brighter picture of my work there.

This post is the second part of a longer story. Read part 1 here.

It is a weird mix, working on The Witcher 3.

As a designer, I have responsibilities I thought I could only get within a 10 people studio. Only it’s actually a 100+ people studio and I am working on the next big thing. It is not just the dream, it is more than I even dared to dream of.

Yet still, I am more unhappy that I have ever been in my life. I do thrive at work but everything outside of it is empty.

Only 3 months after my arrival, I move out from my first 500 euros apartment to a 300 euros one that I hate to the core.

Well, at this price, there’s nothing that you can get close to the center that doesn’t look like a grandma’s closet. And moving into the suburbs of Warsaw is out of the questions: the suburbs are not the most…. welcoming for non-whites…

I struggle like never before, it’s way worst than the pasta-cheese-ketchup period from when I was a student. From this point, I go to work with one goal in mind: to get a raise.

Say what you will about money and happiness, I definitely felt like I would be happier if I didn’t have to go back to an apartment I hate after an 11 hours day and if I could buy the occasional plane ticket to go see some friends and family back in France.

This battle for money plays a key role in the reason why I left CDP. The funny part being that I left when I was finally about to win.

Getting a raise, Round #1

I start to talk about getting a raise within 3 months of joining the company. I have no choice, if I don’t get more money I will basically have to pay to work here.

Unfortunately, I find out that, thanks to my interview and test, I was apparently hired as a Specialist even though my experience is that of a Junior. As I am already benefiting from a special treatment, they can hardly give me a raise.

It is understandable… but so is my situation. I eventually strike a deal with my director: if I can do more than what my job requirements are, I will get what I ask for.

By this, he doesn’t mean that I have to do the best job as I can as a designer. I literally need to do something that is outside of the duty of a designer.

The concept does strike me as strange, but at this point, I was already helping the UI team with some coding.  I had some skills with Action Script, the language they used, and spontaneously offered to help a few weeks prior. I hate doing UI, but I figure that if I keep at it, I’ll be able to stabilize my financial situation.

If only life was so simple.

When I strike the deal with the director, I am working on Cyberpunk 2077. The project CDProjekt is developing, in parallel to The Witcher 3.

However, we soon learn that the Witcher team is in need of some support and we slowly get pulled away from CP2077.  Sweet! I love the idea of working on TW3. Just some ‘little’ setbacks though :

Taken by surprise, I go talk with my lead straight away. I hate doing UI, so if I do it I need to at least get a raise. His answer goes something like:

“We will see what we can do. For now, you are the only guy who can pull this off and we need your help. Please stick with it until the next milestone, then we will hire someone for the job”.

What can I say? I will do my part, for the greater good. I am so easily manipulated. Make me feel like the fate of the world rest upon my shoulders and I’ll do the worst you can throw at me.

I end up doing mostly UI for 6 more months without a raise, with some minor design task here and there.

I, also, get UI tasks for the next milestone.

No way. At this point, I put my foot down and explain that I just won’t do it.

That’s not the reason why I was hired, I hate doing it and I am not even getting rewarded for it.

It works. I am free from UI duty and I get the promise to receive a new deal for a raise the upcoming week.

It’s been almost a year now, and my finances are catastrophic.

Getting a raise, Round #2

One of my favorite sayings is “They did it because they didn’t know it was impossible”.

That is exactly how I got my first raise.

My new deal is that I have two weeks to:

As a reference for you: the process of improving ONE existing A.I, when you are familiar with the tools, is usually one week long.

At this point, I never even looked at the tools I would need to use, or dealt with game A.I before. (I do have a strong interest in A.I in general since I am a kid.)

Fortunately, I am completely unaware of the challenge posed by the task and I somehow pull it off. The result is not the best and will require more iteration, but it is there.

I am pretty sure if someone would give me such a task now I would simply brush them off, asking that they stop wasting my time with impossible requests…

Getting the results they asked for, my lead and new director keep their promise and I get a whopping 15% raise, after 1 year of struggling.

My salary is now at 1400 euros before taxes, as a Specialist. 600 euros less than when I was a Junior. Almost there…

Looking for a way out

It’s the end of 2014 and we just learned that the Witcher 3 had been delayed. We’ve been crunching for over a year and this means that we have another 6 months of this ahead of us.

At this point, I hate everything about being here.

I hate the loneliness, I hate the weekends at work, I hate the tasks left to deal with – which are essentially debugging – and, with a bigger impact that I would have suspected, I freaking hate the crunch food that we get served. I sometimes skip dinner, because eating yet another wet tuna wrap would only make me depressed.

My low salary affects these issues like a magnifying glass under a blazing sun.

I have enough of it. I might be passionate about what I do, but if I have to work my ass off for someone, I want to be paid fairly.

This marks my lowest period at CDProjekt. Almost all our lunch-break conversations are about how to get a new job. It’s not a question of if, but when.

Leaving is the new dream.

We still give everything we have to the project though. If it is going to cost us so much, it better be a freaking masterpiece.

Releasing the Witcher 3, a lifetime achievement?

The release of the game, in may 2015, is one the proudest moment of my life. Now that it is done and over, I can say that I am happy to have been a part of The Witcher 3 and its grandiose success.

Was it all worth it, though?

I don’t have an answer to this question. Or maybe I just don’t want the answer to be yes. Because it would mean that this amount of sacrifice and loneliness can somehow be encouraged.

I wouldn’t stop my old self from doing it even if I could, for what it taught me about myself and my priorities is invaluable. Now that I am on the other side, however, I swear that I won’t ever do it again.

After the release of the Witcher 3, I looked back at the 3 years I spent working on it. I checked what it cost me, and what it gave me.

This last point is actually the one that made me decide to never do this amount of crunch again.

You see, The Witcher 3 is a huge success. Up to this day, it has the highest user score on Metacritic (considering the number of users who rated it).

And yet, I don’t feel like a part of it.

I feel like I was just lucky enough to be there when it happened. As if I was just sitting at the back of the car that won the race.

Don’t get me wrong. I did my share. Everybody did. But in the end, I am just happy that I did good enough to not make the game worse.

When I realized that I could give everything I had to a project and yet not feel like I had anything to do with its success, I started to think about how I wanted the rest of my career to look like.

I came up with simple rules:

These simple rules would be the ones to push me to quit CDProjekt RED at the most improbable moment – after what would be my best year in the company – to go play a stressful game of Russian roulette with 5 bullets in the barrel.

8 Thoughts to “Leaving CDProjekt RED, a first step in the dark – Part 2”